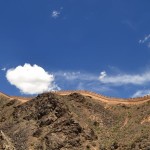 - Ambassador of Radomirski, Bulgaria hosting the Seventh Meeting of the "16 plus 1" has aroused high expectations for wave of Chinese investment in Bulgaria. A credit line of 1,5 milliard euros, there will be a Global Center for Partnership with China. Are we justified our greatest hopes or comes time for sober judgment? Where are directed interests of the new global power?

This work by Valentin Radomirski is licensed under a Creative Commons Attribution-NonCommercial 4.0 International

View all posts by: Valentin Radomirski